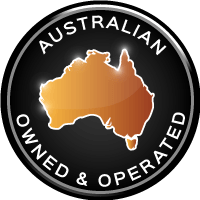 A crusader cloth patch. This patch is in the shape of a Templar flag featuring the red cross of the Knights Templar.

The Knights Templar were a Christian military order during the medieval crusades.

Our patches are designed to be sewn or ironed on. Each cloth patch has a glue base and can simply be ironed directly on to most surfaces.

Officially endorsed by the Roman Catholic Church around 1129, the Order became a favoured charity throughout Christendom and grew rapidly in membership and power. Templar knights, in their distinctive white mantles with a red cross, were among the most skilled fighting units of the Crusades. Non-combatant members of the Order managed a large economic infrastructure throughout Christendom, innovating financial techniques that were an early form of banking, and building fortifications across Europe and the Holy Land.
The Templars' existence was tied closely to the Crusades; when the Holy Land was lost, support for the Order faded. Rumours about the Templars' secret initiation ceremony created mistrust and King Philip IV of France, deeply in debt to the Order, took advantage of the situation. In 1307, many of the Order's members in France were arrested, tortured into giving false confessions, and then burned at the stake. Under pressure from King Philip, Pope Clement V disbanded the Order in 1312. The abrupt disappearance of a major part of the European infrastructure gave rise to speculation and legends, which have kept the "Templar" name alive into the modern day.

The Crusades were a series of religiously-sanctioned military campaigns waged by much of Latin Christian Europe, particularly the Franks of France and the Holy Roman Empire. The specific crusades to restore Christian control of the Holy Land were fought over a period of nearly 200 years, between 1095 and 1291. Other campaigns in Spain and Eastern Europe continued into the 15th century. The Crusades were fought mainly against Muslims, although campaigns were also waged against pagan Slavs, Jews, Russian and Greek Orthodox Christians, Mongols, Cathars, Hussites, Waldensians, Old Prussians, and political enemies of the popes. Crusaders took vows and were granted penance for past sins, often called an indulgence.


The Crusades originally had the goal of recapturing Jerusalem and the Holy Land from Muslim rule and were launched in response to a call from the Christian Byzantine Empire for help against the expansion of the Muslim Seljuk Turks into Anatolia. The term is also used to describe contemporaneous and subsequent campaigns conducted through to the 16th century in territories outside the Levant usually against pagans, heretics, and peoples under the ban of excommunication for a mixture of religious, economic, and political reasons. Rivalries among both Christian and Muslim powers led also to alliances between religious factions against their opponents, such as the Christian alliance with the Sultanate of Rum during the Fifth Crusade.

Use two fingers to move the map